In 2011, we appointed two additional elders (Matt and Tim) and in 2013 we appointed a deaconate to help with the main practical needs of the church. Christ Church is currently in the process of applying to be a congregation of the International Presbyterian Church (IPC).

We began meeting at the Jury's Inn in the Cathedral quarter and then we moved to the Joseph Wright centre in 2012. In 2014 an opportunity came up to purchase our own building. Through God's good provision we were able to raise the money to buy what used to be a scaffolding warehouse. At the time of writing we've moved in.

The latest from Christ Church Derby


We've moved into our new building! After running church in a hotel and a sixth form college, we finally have a building of our own. 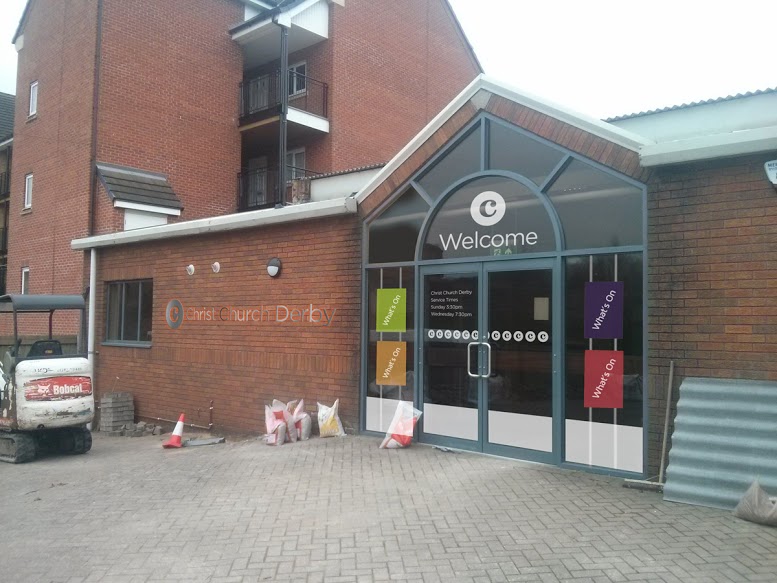 
The IPC is a small denomination of churches with congregations in the UK and Europe as well as 6 churches of the Korean Presbytery formed from 6 Korean speaking churches in the South of England. Visit the IPC page on the IPC Ealing website for more information about the denomination.


The whole congregation begin the service together in the main hall. We make sure that at each service contains a time of corporate prayer, praise and worship (lead by one of our church bands), Bible reading, preaching and communion (every other week).

The children stay in the service until the Bible reading and then go to creche or their various classes.


Babies are more than welcome to stay in the main service with their parents. There is however a manned creche available with toys, books and puzzles.

We also run an older Bible study for 9+ year olds.


Heading to university can be an unsettling time for many, so we’re keen to welcome students to Christ Church, and help them feel ‘at home’ whilst away from home. We hope they’ll be involved in the normal family life of the church, but also run a group for them after church most weeks during term time. We gather for food, and then spend time thinking through how to live for Jesus whilst at university. Many of our students also meet up one to one with an older member of church.

Community Groups meet midweek, generally on Wednesdays depending on each individual groups arrangement. We also come together as a Church for Wednesday Night Central on weeks when community groups don't meet. There is also run a mum's Bible study group, and we have an early morning prayer meeting at 7am each Thursday. C2Kids meets term time on Friday nights for children of primary school age.


As a young church, meeting all together has worked well for us. As the church has grown however we have felt the need for home based community groups. We have launched community groups which meet weekly in homes. We plan to run community groups for half a term and the other half of the term to meet centrally.


Meeting occasionally when Community Groups don't, either for prayer meetings or Bible study. The Bible study is based around table groups with someone leading. Often we run seminar-style Bible studies with most of the evening led from the front but with some sections in table group discussion.

With lots of young children at Christ Church, we’ve begun a special Bible study just for mums. We meet one morning each week to study, pray and chat whilst the children play supervised in the next door room.

Each year since we started we've ran a week of prayer where we run early morning prayer meetings for a week. This year we started running two weeks of prayer, one at the start of the year and one in the Autumn term. We also started meeting every Thursday morning at 7am for prayer and breakfast.

Christ Church Derby employ Jonty and Joel as our full-time ministers. We also have two more elders who form an eldership team as well as three deacons. 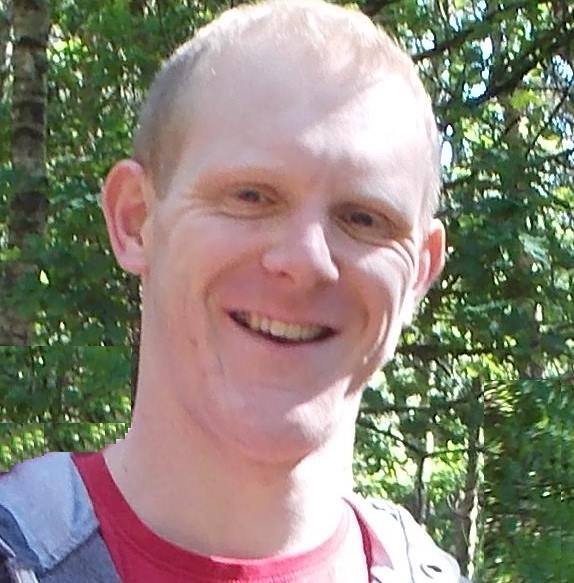 
Joel joined us as Associate Minister in September 2016. Before coming to Derby he spent four years as Assistant Minister at Christ Church Westbourne in Bournemouth, and prior to that did his theological training at Union School of Theology (formerly known as WEST) in South Wales. Joel is married to Kathryn and they have three young children.


Tim is one of the elders at Christ Church. Tim is a trained Surveyor and has also served as a Curate at St Giles church in Derby and has also worked for Crosslinks helping connect missionaries with partner churches in the UK. Tim studied at Oak Hill College in London and is married to Janice and has two grown up children.


Matt is also one of the elders at Christ Church. He currently works as a Software Developer in Derby. In 2002 Matt studied for a year at Moore Theological College in Sydney, Australia and then worked for Trinity Baptist Church in Derby where he later served as an elder. Matt is married to Helen and they have three young children.

In 2014 we commissioned 4 Deacons to serve the church in various roles. 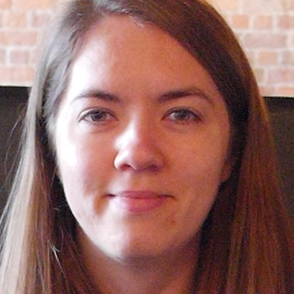 Finance
Claire is in charge of Christ Church finances. Married to Reuben, they have two young children. 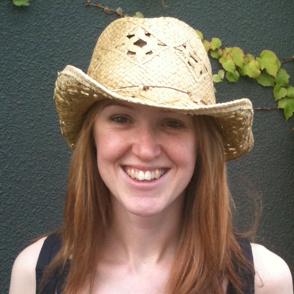 Pastoral Care
In the early church one of the main roles of the deacons was to ensure that the church was cared for. Helen helps make sure that everyone gets pastoral care when needed. Whether that's making sure someone gets a hospital visit or a new mum has meals provided for the first few weeks after having a new baby. Helen is married to Matt. 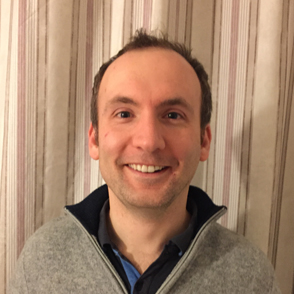 Children's Work
Children are not just the future church, they're the present church. Tim helps make sure that from the very earliest age, whilst at church the kids get to hear about the great news of the gospel. Tim also leads the Friday night kids club at church. Tim is married to Annette and they have two young children.

Close
Who's Who at CCD?

Christ Church Derby is a friendly, evangelical church in the centre of Derby.


Put most simply we are a Christian Church, so we try and live according to God's word, the Bible.

But often it helps people to know a little more about what we believe the Bible teaches. So we'd also happily say:

Finally we are a Presbyterian Church, so our official doctrinal basis is the Westminster Confession of Faith.


Close
What we believe.